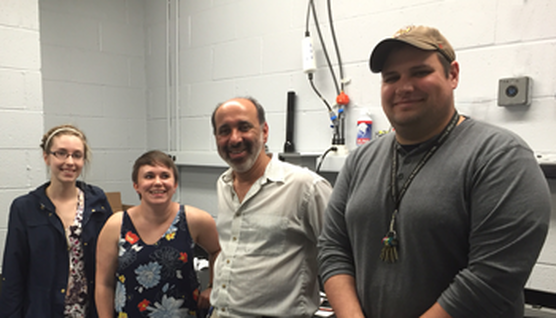 ​AirPhoton, LLC. is a small company which began operations in the Fall of 2012. Our founding members have many years of experience in the science and technology of remote sensing and aerosols. We design manufacture and sell the aerosol sampling stations described in our web pages. We also offer our experience and expertise in the areas of custom instruments design and prototype development, remote sensing algorithm development, satellite data analysis, and training in the use of atmospheric remote sensing products for climate and air quality applications.

​The two principal founding members of AirPhoton, Drs. Vanderlei Martins and Lorraine Remer, have been close collaborators in remote sensing science for many years having met at the NASA Goddard Space Flight Center (GSFC) in the mid 90’s. 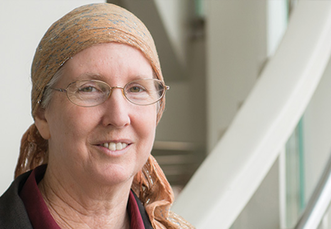 ​Lorraine Remer came to NASA GSFC in 1991 where she became the protege of Dr. Yoram Kaufman. She worked on algorithm development for the MODIS aerosol product and gained an international reputation as a scientist for this work and her work on the study of atmospheric aerosols and their effect on climate. Prior to arriving at NASA Dr. Remer began her career with a private company prospecting for wind energy. This experience instilled in her a strong desire to some day form her own company realizing that there is great merit in creating jobs. Being a Civil Servant at NASA did not allow participation in a private for profit company.
​
Lorraine and Vanderlei had discussed forming a science and technology company for many years. In 2011 Lorraine left NASA to join the staff at the Joint Center for Earth Systems Technology at UMBC where she would have the opportunity to pursue new interests. 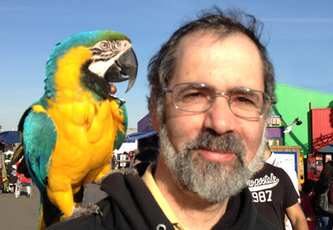 ​The third founding member of AirPhoton, Rich Kleidman, worked as a support scientist for the MODIS Aerosol Group at GSFC beginning in 1994. In 2006 he began to develop and lead training workshops on behalf of NASA to assist people in learning how to use atmospheric remote sensing products. In 2009 Richard was recruited to be a founding member of the NASA Applied Sciences Applied Remote Sensing Training program (ARSET). This purpose of this program was to teach individuals how to use remote sensing products for air quality applications. Since that time he has developed and led dozens of workshops and webinars reaching hundreds of scientists and students.

In 2011, Rich was asked to join the advisory board of the SPARTAN Global PM Network. SPARTAN was in the planning stages and looking for instruments to assist in its goal of developing a worldwide network of instruments to measure particulate matter. These instruments needed to be accurate, low cost and able to withstand the rigors of many different harsh environments. Nothing of the kind existed at this time.
Richard introduced the SPARTAN directors to Vanderlei Martins fully confident that if anyone could design the instruments they needed it would be him. After several discussions and much planning Vanderlei and Lorraine decided that this was the opportunity they had been waiting for to start their company and AirPhoton was born. Rich was asked to join the company to add his expertise in training and development. He has since left SPARTAN to avoid conflicts of interest and as of June 2014 will end his time with ARSET to devote himself to AirPhoton projects and development.
Mark Gibson joined AirPhoton in early 2020 as our director of our Air Quality and Exposure Sciences Division.  This brings a new dimension to our products and services capabilities. Mark Gibson is original from Whitby, North Yorkshire, England and is now based in Columbia, Maryland.  Dr. Gibson has 30-years of experience conducting research and consultancy of ambient and indoor air quality, population and occupational exposure, industrial emissions monitoring, characterization and modeling, and the source apportionment of criteria and non-criteria air pollutants. In addition, Mark is also a world renowned instrumental environmental analytical chemist. Between 2010-2019, Mark was the President of Kingfisher Environmental Health consultants in Nova Scotia, Canada where he conducted air emissions reporting work for ExxonMobil and Encana. Mark currently a project scientist on the prestigious NASA, North Atlantic Aerosols and Marine Ecosystems Study (NAAMES) and a network organizer of the Surface Particulate Monitoring Network (SPARTAN.org). Finally, he is a multi-award-winning employer, educator and researcher.  Mark holds the following licenses and certifications:Professional Engineer (#11647),Professional Chemist (#45),Chartered Chemist, UK Chartered Scientist, UK Certified AERMOD Gaussian air dispersion modeler.