AirPhoton’s Chief Technical Officer Vanderlei Martins has designed a wide variety of scientific instruments which have been deployed in ground, aircraft and satellite instruments.  In addition to his work in the laboratory designing instruments he has been a leading remote sensing scientist working with NASA, NOAA, and other international agencies for the past fifteen years.  He knows first hand the scientific objectives which drive the instrument design process.  His scientific background plus his versatility as an engineer place him in an elite category of instrument designers.   Whether you have an instrument need that you would like us to develop or a prototype which you need to build you would be hard pressed to find a more innovative and skilled team than AirPhoton’s lead designer and engineers.​
Laboratory Instrumentation 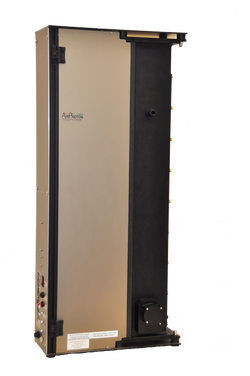 Laser Imaging Nephelometer
The laser imaging nephelometer was designed and built by AirPhoton for NOAA.
It provides high quality measurements of particulate matter.  This version of the
instrument was equipped with one UV laser and one in the deep blue allowing it
to distinguish between different types or organic molecules. The raw data can be
used in conjunction with GRASP software to determine the size distribution of the
aerosols it is measuring.  This instrument can be equipped with a variety of lasers
depending on the types of measurement desired by the user.

This instrument is available for purchase from AirPhoton. 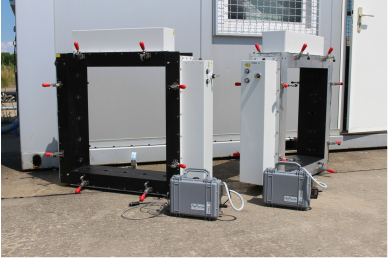 ﻿                     AirPhoton "Air Ring"
The Air Ring was designed for the United States Army.
It uses two banks of lasers and detectors to measure
air borne particulate concentration and location in an
​         enclosed space.
Satellite Instrumentation 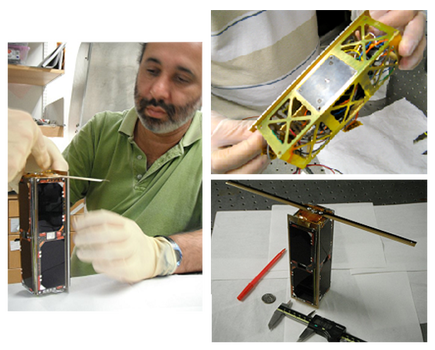 Qubscout-1 was designed by Dr. Martins and his team at UMBC. It was propelled into a low Earth orbit from a launch site in Yasny, Russia on a Dnepr LV rocket. The satellite was built as a joint venture between the University and Science and Technology Corporation (STC) a small high-tech company based in Hampton, VA. The satellite measures 2 inches x 2 inches by 4 inches and it is designed to test a micro sun-sensor that can be used to find and point instruments toward the sun.
Aircraft Instrumentation